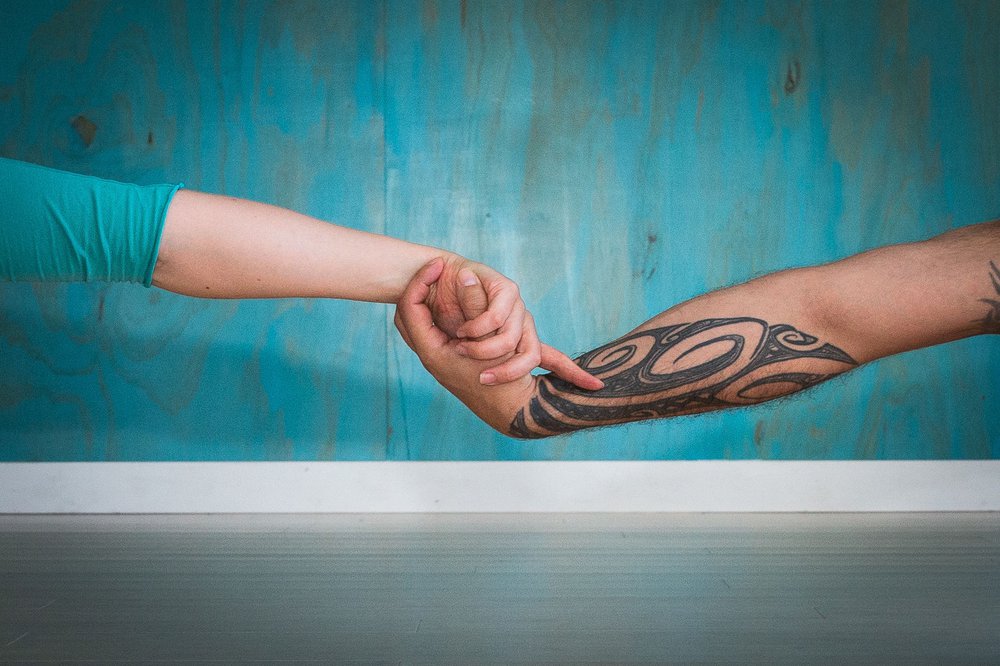 This podcast started out mostly as a fun project for Jo and myself to work on together. It’s a combination of so many things we love - yoga, creativity, new media, conversation and each other! We’ve been making the podcast for over a year and a half now, and we have learned quite a bit from doing it! There are many more things we could include, but here are 8 that immediately spring to mind.

Not all podcasts edit their content, and I understand the reasons you might not want to - it’s a lot quicker to turn out episodes if you don’t, and some people like the “authentic feel” of it, but when you start out in podcasting you notice ALL of your vocal ticks - the ums and ahs, the “likes”, the repeated and unnecessary uses of “I guess” or “actually” and so on. My feeling is that it’s less disruptive for the listener without them, and enables you to more quickly get to the “juice” of what the speaker is articulating, so hence the editing. Additionally, it gives me the chance to timecode each episode, so you can jump to a particular topic. On the flipside, it’s an extra 3-4 hours work for each show we put out!

Podcasting is a marathon, not a sprint

We definitely don’t do this show just for the numbers (though to be honest, I probably do look at them a little obsessively). It takes time to build up an audience, and we are competing with many other podcasts! (at least 780,000). It can be a long slow grind, and I still wouldn’t say we have made it by any means, but it’s worth it! We are glad however that every episode attracts new listeners and slowly grows our audience. There are probably shows that do bring in huge numbers right off the bat, but that is definitely not us. On the plus side though, after 53 episodes we are approaching our 20,000th download (and even more additional listens on Spotify)!

Interviewing first thing in the morning is hard!

Jo and I are definitely not morning people, but sometimes due to the time difference between Australia and everywhere else in the world, we have to get up extra early for interviews. We have found that we aren’t necessarily the most chatty at this time, even after our morning coffee! If you’re ever listening to an episode and thinking, “Hmmm, Rane and Jo are more quiet than usual” that’s why! Don’t worry though, we’ll keep trying.

Recording each episode is like our own personal masterclass

Imagine having the opportunity to speak with one of your favorite teachers and getting to ask them anything you like. That’s what each interview is like for us. We have the greatest fun and learn the most when we get to ask the questions we have been dying to ask. We have had the opportunity to speak with some absolute authorities in their fields - people like Robin Carnes, Janet Lowndes, Timothy McCall and Jivana Heyman all spring to mind.

Everyone gets “Impostor Syndrome” sometimes

No matter how well qualified and well respected someone is as a teacher, we are all susceptible to the feeling that we don’t deserve to be at the front of the class teaching others. Even the first man on the moon, Neil Armstrong has been affected by impostor syndrome if Neil Gaiman is to be believed! It’s a very common thing to struggle with, even amongst some of the best and most experienced teachers. Leigh Blashki, the founder of Yoga Australia even said as much during our interview with him! As we continue to learn, grow and push ourselves beyond our comfort zone, we’ll always have moments of uncertainty. It can be good to know that we aren’t alone in that!

The best teachers are generally the most selfless.

We have had the chance to speak with some amazing and popular teachers. What we have found is that some of the most successful teachers with the highest profiles, are generally the most selfless. Sure - most, if not all people drawn to teaching yoga or meditation are naturally kind and giving people, but we have noticed that some teachers are very clear on what they want to teach and why they want to teach it - because it helps others. While I’m loath to single anyone out, Jo Buick, Jase Te Patu, Sarah Harry and Mei Lai Swan are just some of the teachers that have really turned selfless action into a great career.

Yoga teaching can be a lonely profession

We learned this one very early on. Because of the very nature of teaching yoga, it’s a fairly lonely occupation, with little chance of connecting with others in your profession unless you really make time for it. You go to a studio or gym, teach a class or two, then it’s off again! Yoga as an industry is something that is moving really quickly in this current age, and I think it’s important that teachers really do get the chance to communicate with each other on a regular basis - both in person and online. We hope this podcast can be a way for teachers to connect - with us, other teachers and the wider community.

Podcasting is a great way to make new connections and new friends!

Jo and I can’t count the number of times we have interviewed someone for the podcast and later become firm friends with them. There is just something about having a conversation with someone about something you mutually love that really brings you together. As a result we’ve been able to bring great teachers to our studio for workshops and trainings and had many more opportunities come our way. It’s really worth it!

So there you have it, 8 things we have learned from making the Flow Artists podcast. As I said at the start there are probably many more, but these would have to be my favorites. I’d like to ask you the question though - what have you learned from the podcast? Is there anything you would like to learn that you don’t think we have covered in the past? Let us know in the comments!

Image By This Wild Soul Photography